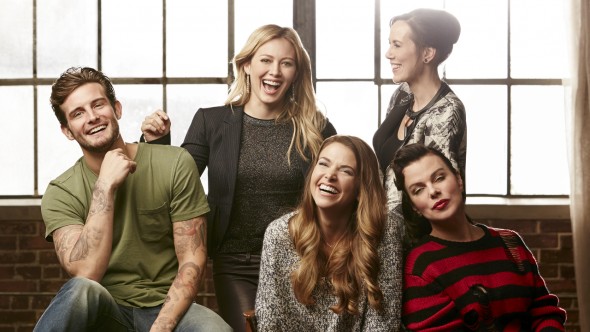 TV show description:
Executive produced and directed by Darren Star, this single-camera comedy is based on the novel Younger by Pamela Redmond Satran. It follows a 40-year-old suddenly single mother named Liza Miller (Sutton Foster). She tries to get back into the working world, only to find out that it’s nearly impossible to start at the bottom at her age.

When a chance encounter with a twenty-something guy at a bar — Josh (Nico Tortorella), the tattoo artist — convinces her that she looks much younger, Liza tries to pass herself off as 26 — with the help of a makeover, courtesy of her best friend Maggie (Debi Mazar).

Armed with new confidence, she lands a job as an assistant to the temperamental Diana Trout (Miriam Shor). Liza teams up with her new co-worker and “fellow” twenty-something Kelsey Peters (Hilary Duff) to make it in the career of her dreams.

What do you think? Do you like the Younger TV show? Do you think it should be renewed for an eighth season?