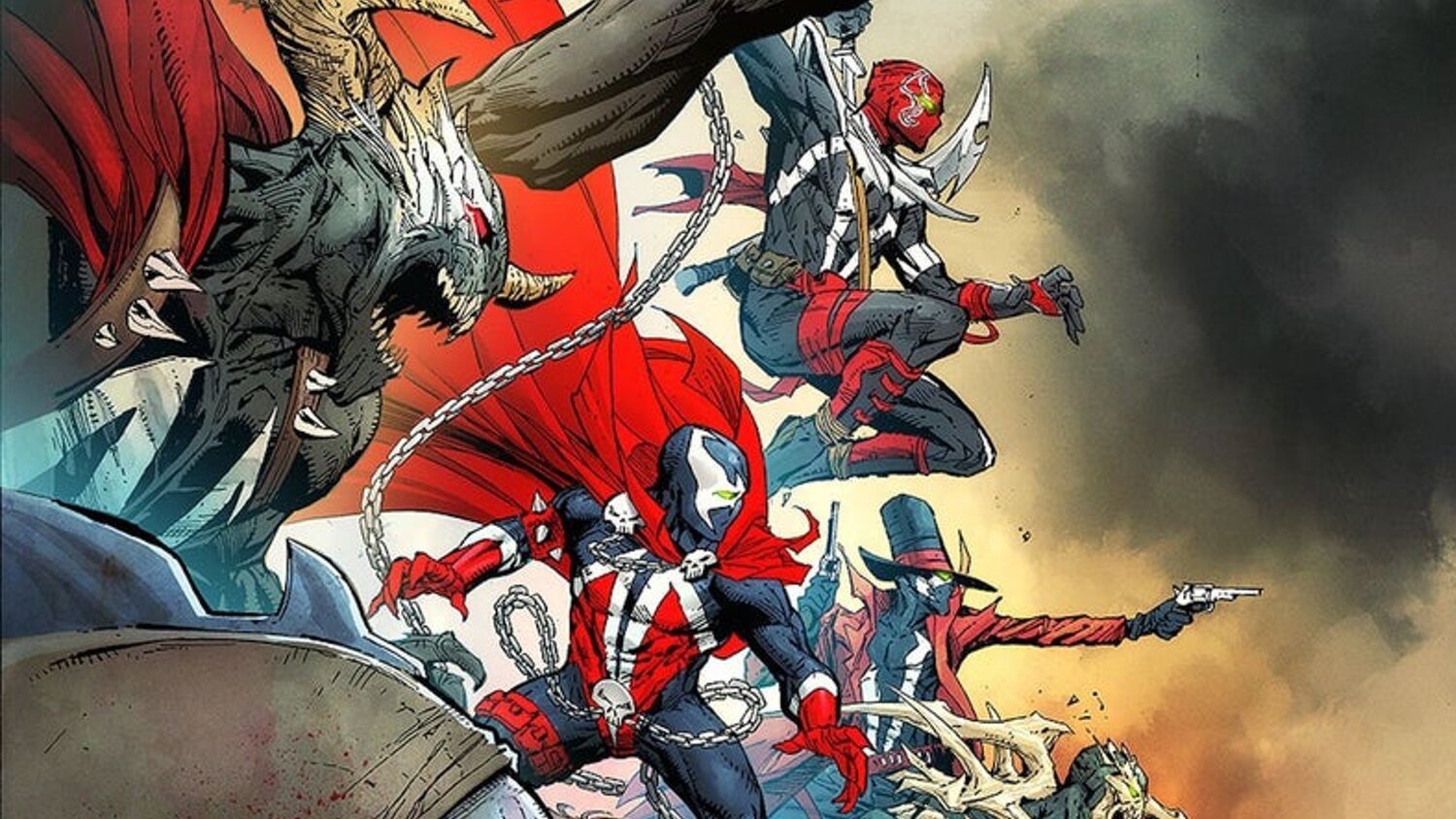 For those of you who are fans of Spawn, creator Todd McFarlane has announced that he’s launching a new line of comics that will expand the Spawn universe. After launching Spawn in 1992, McFarlane is finally going to take the comic franchise to a new level.

McFarlane’s original Spawn title will serve as the flagship title in this new line of multiple ongoing comic books and it comes complete with interconnected continuity, storylines, team-ups, and more. This will all grow under ‘Spawn’s Universe,’ which will also be the title of a one-shot event book to kick it all off later this year.

McFarlane says of the project, “As I’ve been formulating this for months and months, I didn’t want to bring her in until we were ready to pull the trigger, but we’re here and I’m dropping it.”

There are certainly some impressive names there that are sure to get the attention of fans. McFarlane is also on the lookout for new talent to bring on board. He explains, “I know a lot of the top guys and vets I want are going to be busy at some point. I’m sometimes scouring Instagram for new talent. I’ve got a keen eye and want to coach them up and grow their name recognition.”

McFarlane will serve as the creative consultant on the series and will be working more on the editorial side of things. After all, he can be doing all of these new comics himself! It’s explained that he will be more of a guide, and won’t be telling people what to write or draw. He is looking to encourage the creative teams “to take what’s been established and to go wild with it.” McFarlane will come in and only say “no to things that he felt broke the rules of the Spawn Universe, but there’s no one true way to get a story made.”

McFarlane says, “Come to me with your biggest idea and I’ll tell you if it breaks anything I have planned or in store. If it does, I’ll give you options on how to make your story work. If it doesn’t, that’s awesome, too. Let’s say you want X character to get married to this other character, but they’re already married. Well, okay, I guess we have to divorce them to make it happen, but we’ll get there.”

When talking about the new characters that are being introduced, he says the Gunslinger will be his own Punisher or Lobo, “He’s going to make Spawn look like a Boy Scout. This is the guy that looks at Spawn and says ‘shit, dude, you’re playing this way too conservative.’ This guy is going to show Spawn how to up his game and march to his own drummer. At some point though, I want Spawn removed from his title and he’s just called Gunslinger.”

As for The Scorched, this is going to be McFarlane’s Spawn team book, which will “look at a handful of characters and how they interact with a top-flight rogue roster.” The team will consist of Spawn, Gunslinger, She-Spawn, and the Redeemer, and a few other characters that will come in and out of the stories.

It’s explained that Gunslinger and King Spawn are “more gritty” books. MacFarlane goes on to say that “this is the next evolution and the question shouldn’t be ‘why do this now?’, but more ‘what took you so long?’. I’m hoping 30 years from now will have an equally huge impact. So why not?”

Spawn’s Universe will be available simultaneously in comic book shops and on digital platforms. You can check out some art for the upcoming new Spawn comics below!

Gary Oldman Explains What Non-Alcoholics Might Miss in Mank

IT TAKES TWO Gets a New Gameplay Trailer — GeekTyrant