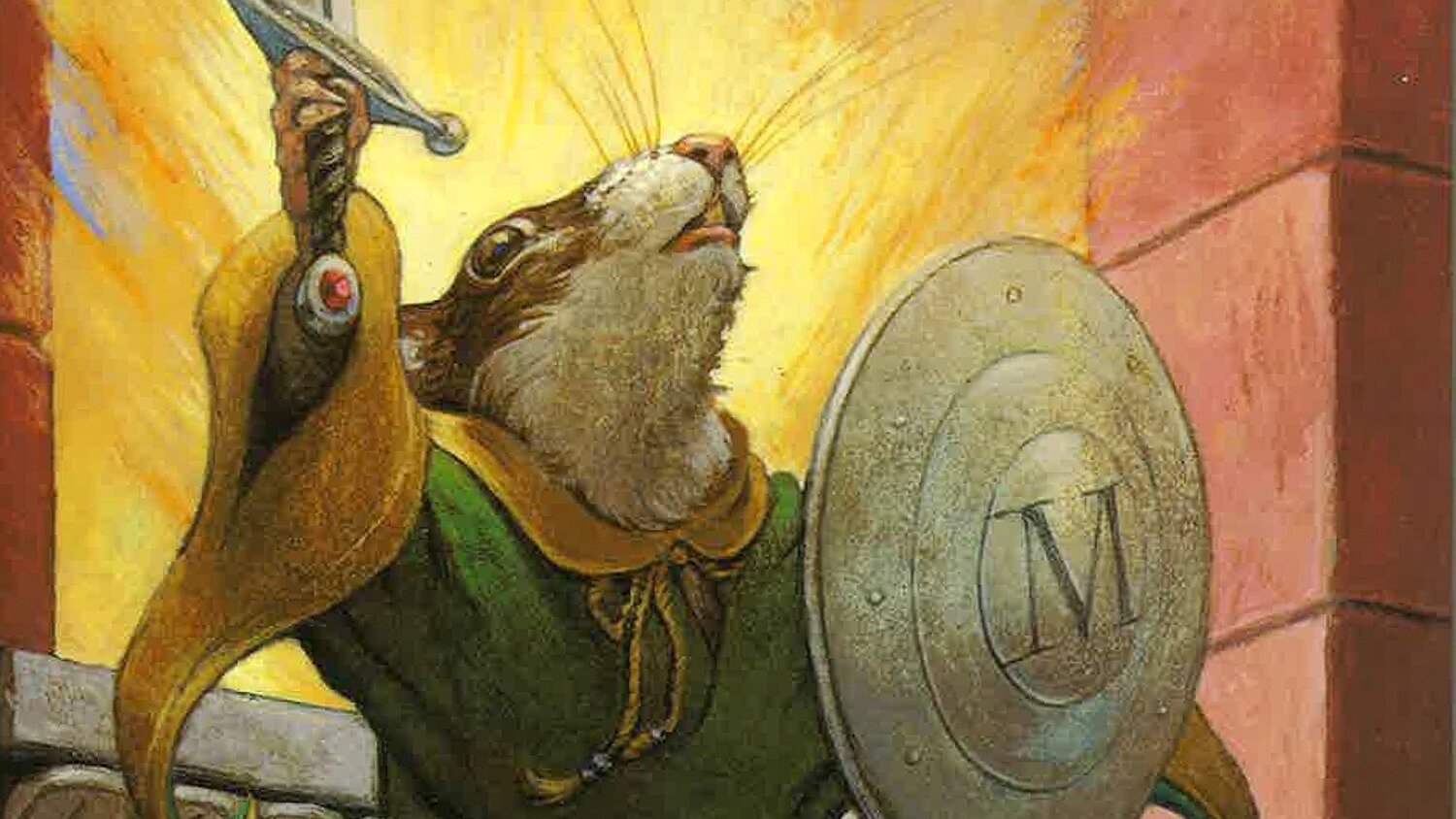 Netflix is developing an animated film and series based on the late Brian Jacques’ beloved fantasy novel series Redwall. The books involve tales of heroism, villainy, and derring-do all played out by mice, moles, hares and badgers. It’s basically like The Lord of the Rings but with rodents as the main characters.

Netflix has hired Patrick McHale, creator of Cartoon Network’s Over the Garden Wall, to write the feature film adaptation. The film will be based on Jacques’ first book in the series, Redwall. There are 21 other books in the series, and the animated series that Netflix is developing will be based on the character of Martin the Warrior.

Here’s the description of the first book:

What can the peace-loving mice of Redwall Abbey do to defend themselves against Cluny the Scourge and his battle-seasoned army of rats? If only they had the sword of Martin the Warrior, they might have a chance. But the legendary weapon has long been forgotten-except, that is, by the bumbling young apprentice Matthias, who becomes the unlikeliest of heroes. Teeming with riddles, humor, unforgettable characters, and high-bounding adventure, the original Redwall, the launching point for a series that has captured the world’s attention, features seven full-color illustrations by renowned illustrator Troy Howell. This new paperback edition is a must-have for both longtime fans and first-time readers.

“We couldn’t be more delighted to announce this deal. These perennially popular stories have been etched onto the hearts of millions of readers, and we are thrilled to partner with Netflix to bring those beloved characters on screen for families worldwide to enjoy.”

It’ll great to see these wonderful Redwall stories brought to life as animated projects, and I’m curious to see what the art style will look like. I’d love for it to be traditional 2-D animation, but I’m sure they’ll go with CG like the rest of their stuff.

Matt Stell: ‘Prayed for You’ Singer on Breakthrough, New Music