Super Bowl Ratings Plunge to Their Lowest Level Since 1969 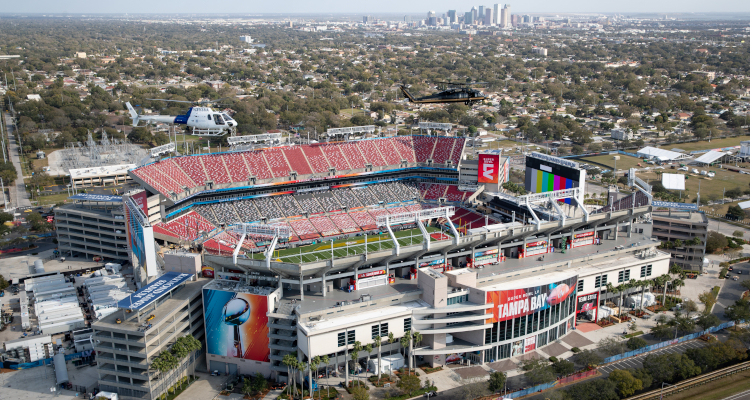 Worth noting is that the Super Bowl LV viewership stats account for out-of-home viewing but “could see further increases via Digital in TV Ratings (DTVR) contribution,” Nielsen relayed. To be sure, the information and market-measurement firm released the Super Bowl’s audience specifics today, Tuesday the 9th – marking the first time to date that the figures haven’t been published on the Monday following the game.

Fans in an average of 46.2 million homes watched Tom Brady clinch his first NFL championship for a team besides the New England Patriots, also according to the viewership stats, and an all-time-high of 5.7 million individuals livestreamed the game.

As an interesting aside, 30-second-long Super Bowl ad spots have nearly doubled in price since 2010, from $2.8 million to a reported $5.5 million for Super Bowl LV, despite the relative ratings falloff.

At the time of this piece’s publishing, the viewership totals associated with The Weeknd’s roughly 14-minute-long halftime performance hadn’t been released. The 30-year-old Toronto native stated after the fact that he was “still buzzing” from the much-watched set, which he paid $7 million to put together.

In terms of fan reactions, a number of supporters praised the “Blinding Lights” artist for appearing to perform his music live, as opposed to lip syncing. (The set wasn’t without critics, however.)

Last year, many viewers speculated as to whether Shakira and J. Lo had utilized pre-arranged vocals during their own halftime show. Beyoncé and Katy Perry have admitted to doing as much, for instance, while Red Hot Chili Peppers bassist Flea acknowledged in a letter that his band had used pre-recorded instrumentals while playing the Super Bowl with Bruno Mars in 2014.

Finally, The Weeknd still won’t be playing the Grammys, which he called “corrupt” after receiving zero nominations – even though the 2021 ceremony has been rescheduled for March 14th.

Why Are There So Many Hexagons?