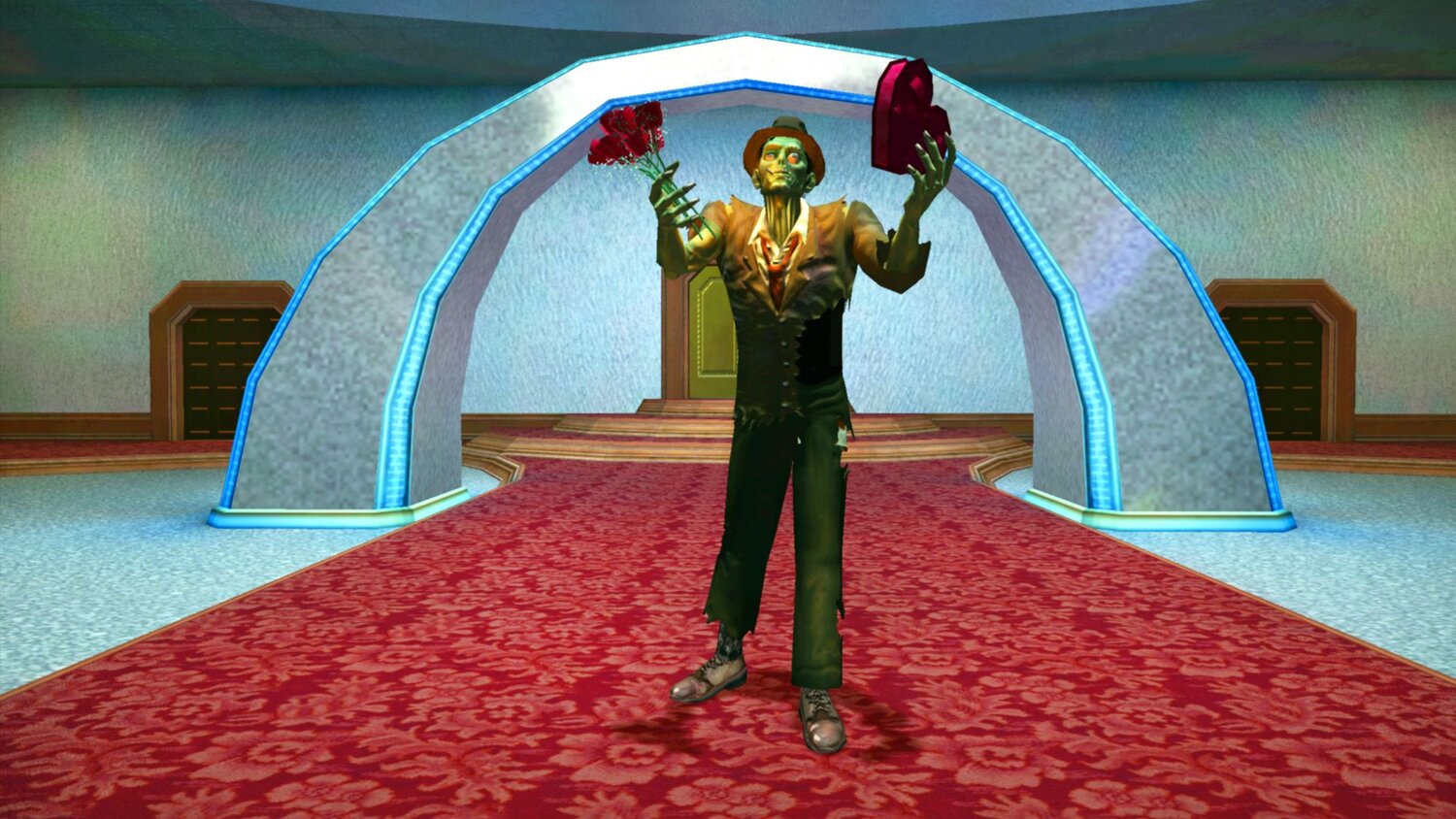 Stubbs the Zombie is making a comeback. His classic game, Stubbs the Zombie in Rebel Without a Pulse is being brought to modern consoles thanks to Aspyr Media. The game originally launched in 2005 with mixed reviews, although it must have a bit of a cult following to be brought back, right? Stubbs released the following statement regarding his return and also asked to be referred to as Edward Stubblefield:

Today, I announce my return to Aspyr as CEO, President, Founder, and Community Manager. Any rumors that I have eaten brains (especially those at Aspyr) are falsehoods, fallacies, and obviously big fat lies.

That’s convincing. With a modern release, there are some new achievements being added such as:

In the game, you’ll go around eating brains and building a zombie horde. Also, Rebel Without a Pulse will feature couch coop for you and a friend to enjoy the game together.

Be the Zombie. Kick Ass and Take Brains.

It’s 1959 and the city of Punchbowl, PA, is a beacon of progress and ideal living. As Stubbs the Zombie, you’ll show the living that law and order are no match for a dead man on a mission. Your boyfriend’s back, Maggie, and Punchbowl is gonna be in trouble!

Eat Brains: Chomp on the living and replenish your bodily arsenal of zombie sputum, gut grenades, and the stunning unholy flatulence

Build Your Zombie Horde: Convert your enemies into undead allies and lead a zombie assault on the living

Possess Punchbowl’s Population: Clamp your severed hand to a barbershop quartet singer’s head and raygun away

Bring Civilization to its Knees: Show the retro-futuristic city of Punchbowl, PA that they can’t escape the past

Stubbs and Chill: Invite a friend to play as Grubbs for classic couch cooperative hijinks. (Friend not included)

Rebel Without a Pulse is set to launch on Nintendo Switch, PC (via Steam), PS4, and Xbox One on March 16. Pre-orders are live now through the appropriate digital retailers for your desired system.

13 Going On 30’s Jennifer Garner Is Making Another Body Swap Movie, This Time For Streaming