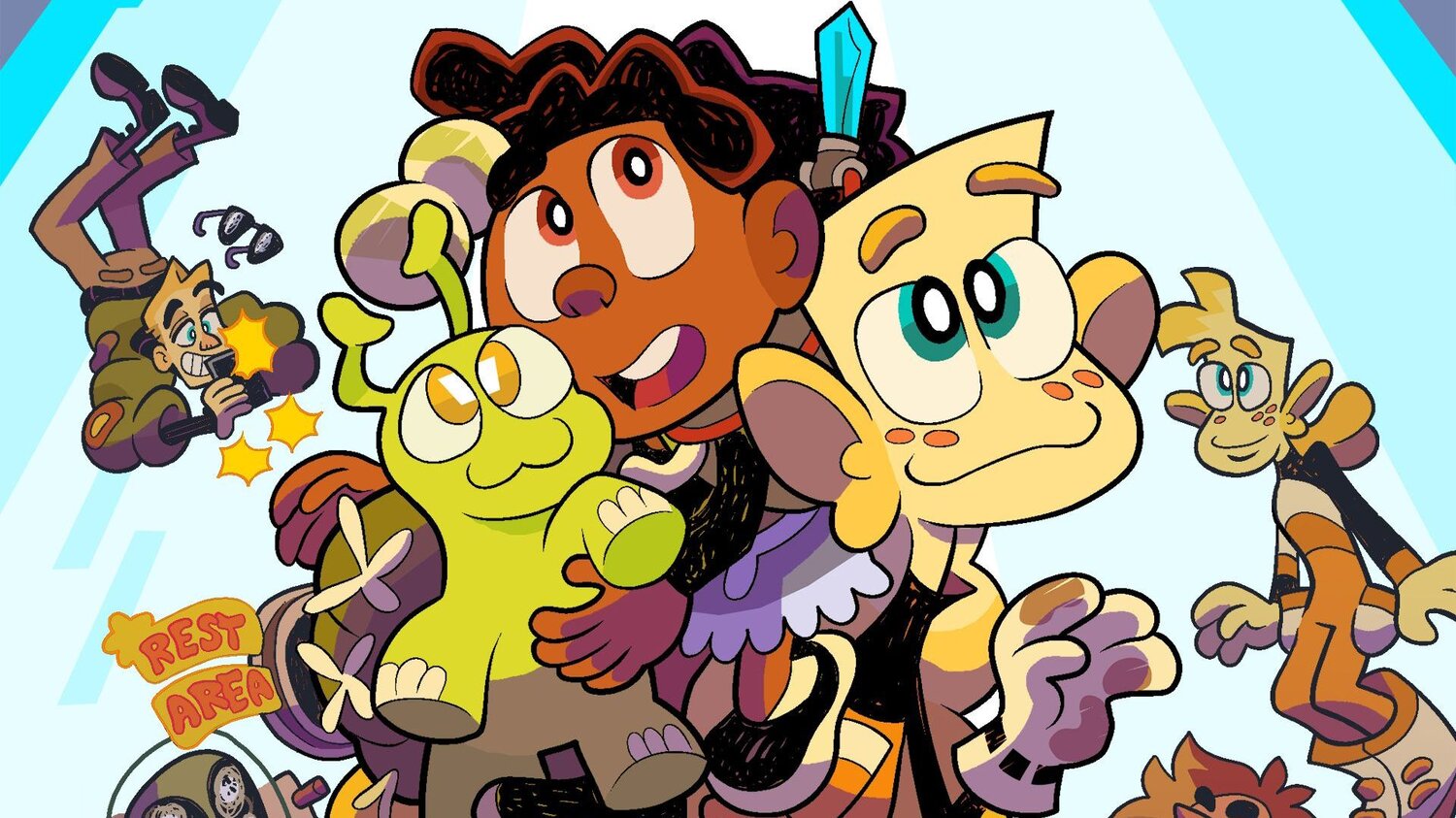 Tapas is a digital publisher of webcomics and novels and they recently announced an interesting new Studio Tapas original series called Rest Area 51. The new series launches on February 24 and comes from artist Coleman Engle, a lead artist for the Steven Universe comics from Kaboom! and writer Caleb Goellner, a contributor for IDW’s Teenage Mutnat Ninja Turtles and Sonic The Hedgehog series. The story of Rest Area 51 also sounds fun as a pre-teen learns their grandma’s rest stop is actually used on an intergalactic scale.

Rest Area 51 follows the delightful adventures of Grayce Green, a pre-teen who moves to her late grandma’s Area 51-themed rest stop. Thinking she was about to have the most bummer summer ever, Grayce soon discovers this is anything but your typical gas station: it’s an intergalactic alien rest stop! Together with her super-smart space engineer best friend Starla and the half-cactus turtle in an alien half-shell Torctus, the crew go on out-of-this-world adventures. Stopping plant zombie apocalypses, defeating evil alien empires, Grayce and pals do their best to help extraterrestrial travelers on their way to a rumored paradise planet so long as the alien obsessed, super weird, government goon Agent Schwarz doesn’t catch them first…

Tapas has an enormous, excited, and engaged global readership that the current physical market hasn’t reached and may not have thought about serving yet. I’ve watched some of my solo comics blow up on the platform after years of traditional convention tabling, and overall Tapas is simply a potent place to be as a creator.

Tapas offers an incredible opportunity for an immediate global audience! Working with Tapas has also helped me streamline my own production, taking traditional aspects and incorporating more digital steps in the creative process.

The first three episodes of the 24-episode first season of Rest Area 51 will be available to read on Tapas starting February 24 with new episodes updated on Wednesdays and Saturdays. The entire first season will be free.

I Care A Lot review: American Psycho for grandparent torturers

After Filming Ocean’s 12 With George Clooney And Co, Don Cheadle Says The Fan…