Spotify Wants to Dominate the Commute with Voice-Controlled Hardware 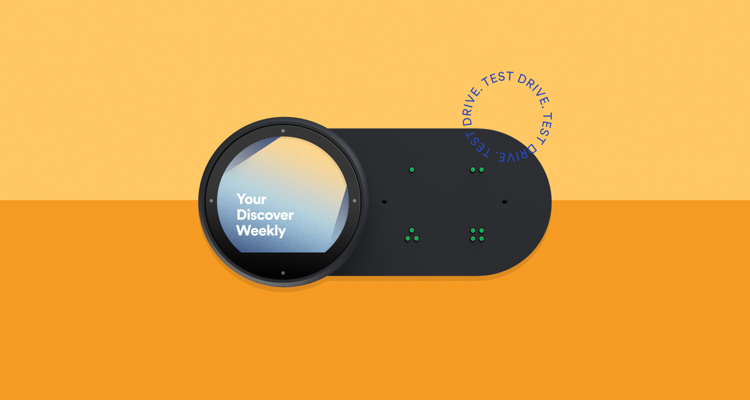 Spotify is hoping to dominate the commute when it returns with a voice-activated device to control music and podcasts while driving.

The device is tentatively called ‘Car Thing,’ and it’s in an experimental stage of development. Spotify is using prototype devices to learn how people listen to streaming services while driving. For now, there appear to be no plans to make the device available to the public.

“Our focus remains on becoming the world’s number one audio platform – not on creating hardware,” the Spotify blog post announcing the experiment reads.

Spotify’s tune on not being a hardware creator may change after these tests end, though. Data gathered from this trial will help shape how Spotify functions for those who listen in their vehicles. The Car Thing device is plugged into a car’s cigarette lighter and is activated with the key phrase, ‘Hey Spotify.’

The device can understand requests for individual songs, artists, playlists, and podcasts. It uses the car’s Bluetooth connection to stream from the phone to the car’s speakers. The device itself has a circular display that shows which song is playing. Hardware buttons off to the side can be preset to certain playlists for easy access.

It’s hard to believe Spotify would spend time developing a device it wouldn’t want in every user’s car. Especially when Amazon’s Alexa and Amazon Music Unlimited are already there, providing the same functionality. Spotify even alludes to more hardware tests popping up in the near future with other voice control devices.

“So don’t be surprised if you hear about ‘Voice Thing’ and ‘Home Thing’,” Spotify writes in its blog post. Each of these hardware devices would grant Spotify voice control around the house or while on the go. Rumors surrounding the Car Thing have been swirling since last year.

Digital Music News reported in January 2019 that a hardware device might be coming from Spotify. The report suggested Spotify would seek to sell the music player with Spotify voice control for $100. But Spotify’s blog post appears to rebuff this news, perhaps as a shift in strategy.

Spotify would face stiff competition from Amazon, Google, and even third-parties like Anker. The Roav Bolt was released in January 2021 for $50 as a voice-controlled streaming audio player. If Spotify’s price-point is $100 and it only functions with one service – there’s no value there over a competitor.

It will be interesting to see if Spotify backpedals on its hardware plans yet again. I’m betting the consumer will see a cheaper version of Car Thing within the next three years.

‘The Map of Tiny Perfect Things’ Review: A Time Loop Movie for Teens

John Kerry on How to Restore America’s Climate Leadership