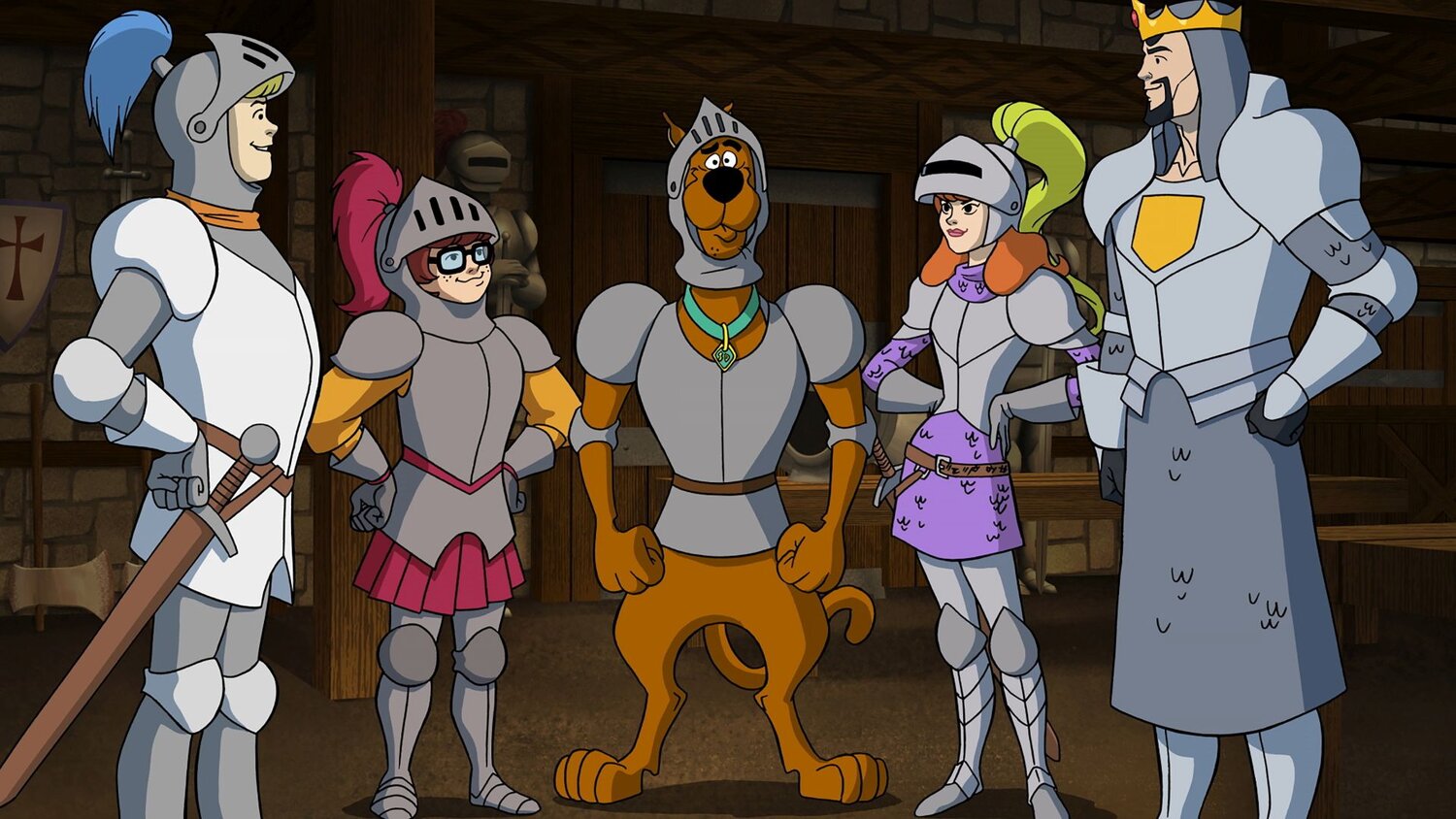 I’ve seen a lot of Scooby-Doo movies in my day. The short and sweet is that The Sword and the Scoob is ok. It’s pretty middle of the road if you ask me. Everything starts out fine. The gang goes to England to investigate Shaggy’s family roots and things just progress from there. They find themselves magically teleported back to the Middle Ages, and Velma freaks out about the timeline and uses a photo on her phone as a way to track if they’ve changed anything. Already, I bet some of you can spot a big problem with that idea, and I’m not referring to the inaccuracy of the timeline suggestion.

The team have to find a way to get back to their time, and that’s the mystery part of everything. How did they get to that time and how do they get back? During the events, Fred and Daphne have to beat the Knights of the Round Table at some physical challenges, including jousting, and Fred is unable to do so, leaving Daphne no choice but to step up and single-handedly defeat them. This is normally fine. However, they later go back and to explain how it happened, they make Fred sound really ditzy. I feel like the newer movies like to pick on Fred a little, and I’m just getting a little bored of it. I like Fred being smart, not as smart as Velma usually, but smart. It feels like they’ve just decided recently to make Fred be ditzy for no reason other than to have someone be ditzy when it’s not needed in the slightest. Each character fills different roles without anyone needing to be ditzy or dumb. Daphne is a Mary Sue, and it’s fantastic. Velma is incredibly book smart. Shaggy and Scooby fill the clever comic relief role, and almost heart of the team. Fred is usually the leader who is able to help utilize everyone’s skills to their fullest to solve mysteries with his own smarts and intuition. None of them have to be stupid or ditzy! Be Cool and Guess Who have some of the best team dynamics, and I wouldn’t call any of the characters dumb in any of those instances.

The story of The Sword and the Scoob itself is fine. I wouldn’t say that it’s particularly unique or incredible, but it is fun for kids and the whole family. Who doesn’t want to see Mystery Inc. become knights? The voice acting is very well done, and the animation is top notch as well. In the end, this film is fun for a family movie night. My kid really liked it, and we’ll probably watch it several more times. It’s not the best, nor my favorite though.

How to Tame All Animals – Valheim Wiki Guide