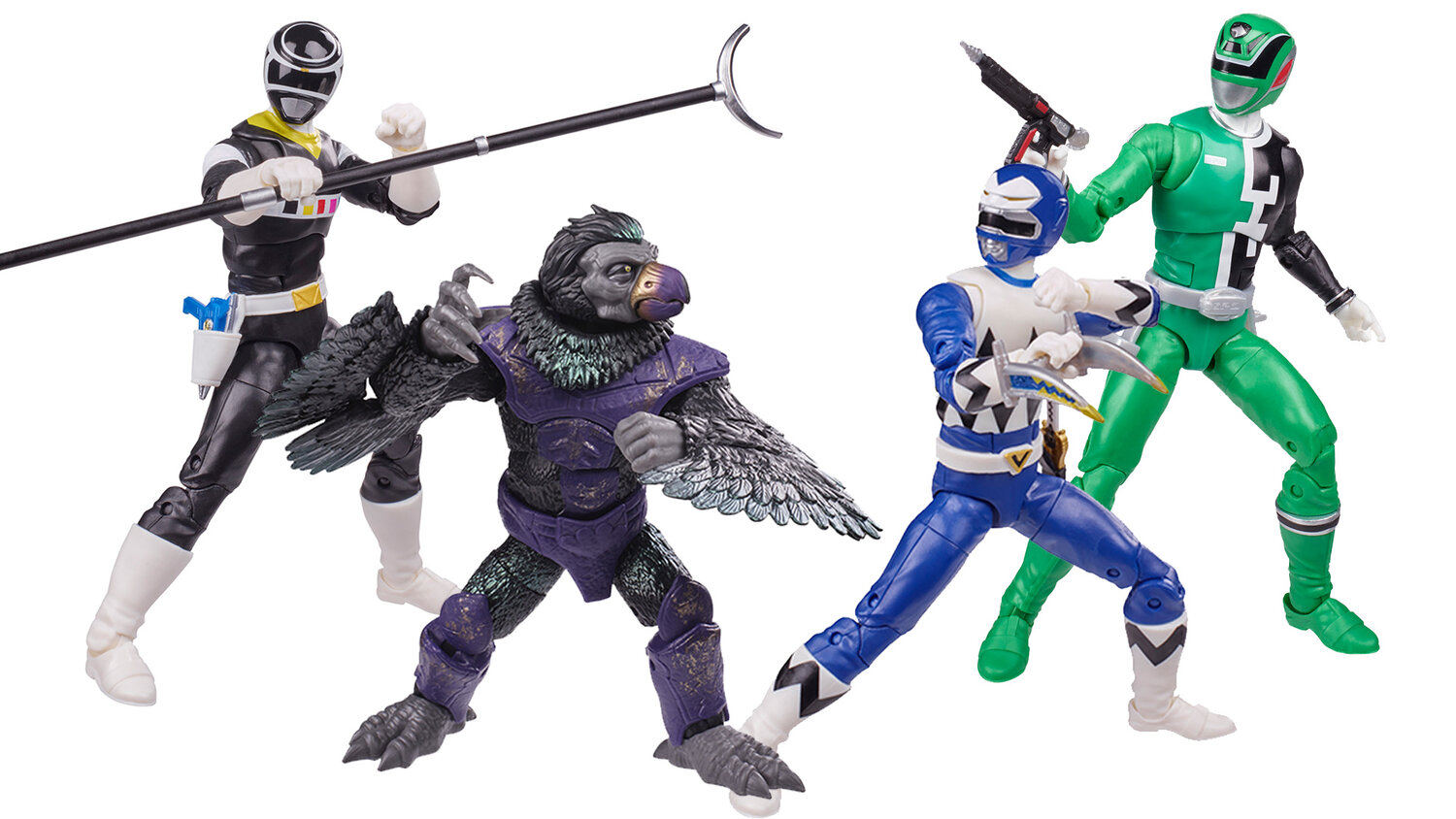 The other big news to talk about is the list of Wave 9 Lightning Collection figures. Set to release on July 1 for $19.99 each, we have In Space Black, S.P.D. Green, Lost Galaxy Blue, and Tenga Warrior joining the line. None of these are favorites for me, but it’s still exciting. I feel like the face sculpts have really come a long way. All three of the Rangers really do have a good likeness to their actors.

There is something that feels off about the Tengas, but I’m not quite sure what it is. It might just be their eyes look a little off, but I don’t know. I do like the detail that the Tenga beaks do open and close. Sadly, it does look like fans have already spotted some problems with the details of some of these figures.

For instance Lost Galaxy Blue’s helmet has white and silver when it should just be silver and his Quasar Saber has the symbol for the lion instead of the gorilla. Also, the S.P.D. morpher for S.P.D. Green is not as accurate as previous team members. Overall though, these figures look pretty great. You can pre-order all of them now on Hasbro Pulse.

Spotify Says Employees Can Work From Anywhere 100% of the Time

Chloé Zhao: 7 Things To Know About The Nomadland Director