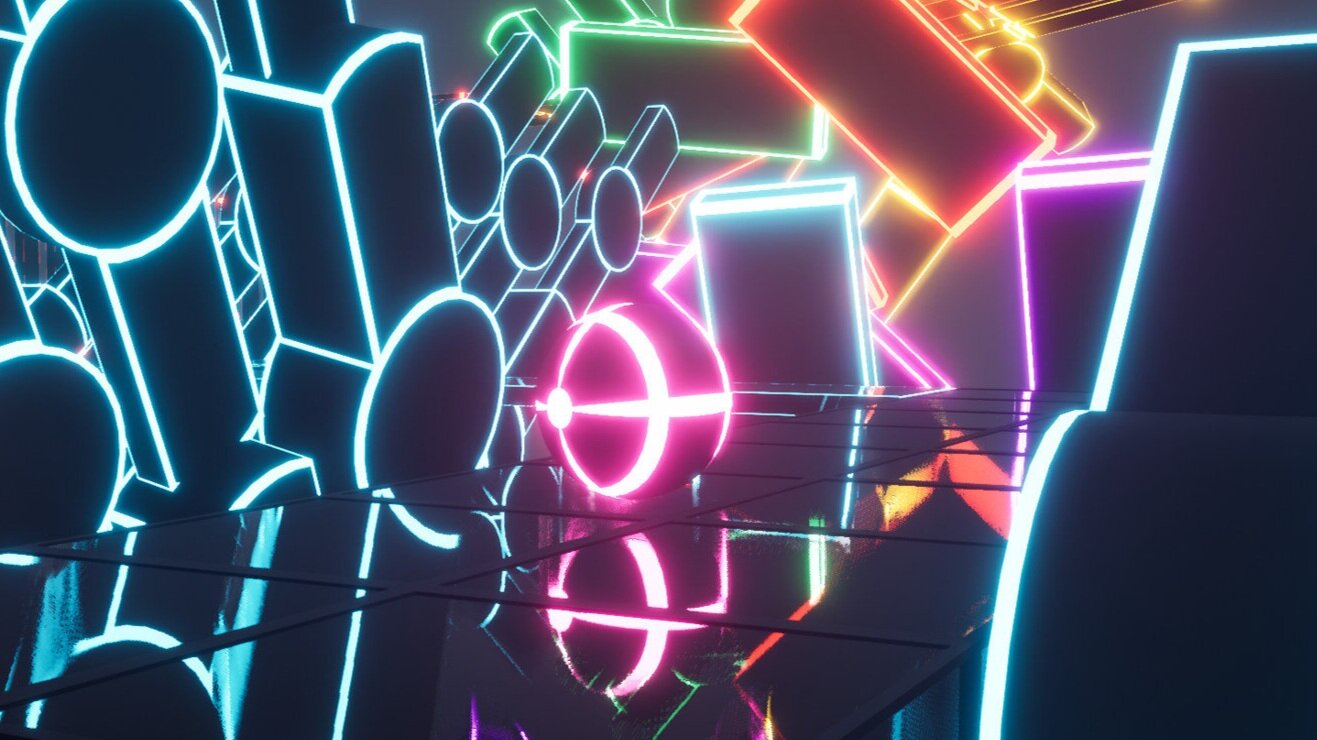 The way this game is made feels a lot like Little Big Planet, Dreams, or Super Mario Maker because of how basic the objects and aesthetics are and (for a lack of a better word) janky the level are put together. Unfortunately, there’s no level creation. If there was a level creator, and users could make and submit levels, then this game would have a much longer lifespan and more reasons to play it. But personal leader boards, a currently empty multiplayer, and relatively few levels really shorten Kinetic Edge’s lifespan.

Another issue with this game is the bugs. I never expected crashes, but a few times I got stuck or knocked around so much that I had to reset the level and would lose progress. But the biggest bugs were incorrect geometry in a variety of places. I would play golf, hit my ball across a long flat section and then it would hit a random edge in the ground that totally invisible or supposed to be flat. These hiccups ruin the smooth progression of the game and interrupt fulfilling progress because they are so jarring, unexpected, and completely out of the player’s hands. Also, this game seems to advertise a lot of replayability in multiplayer, and yet even after a couple of days after launch, I have yet to find a single soul to play against, and so I haven’t been to play any of the multiplayer modes. To be honest, the multiplayer is just the single-player modes with other people with the exception of the arena/king of the hill mode.

Even though this is a cheaper game—and often we don’t discuss price when it comes to reviews—$10 or $13 seems like a lot of money for such a short, bugged, and straightforward experience. This game is fun and looks pretty nice for the most part, but it feels very shallow and should be advertised as early-access beta instead of the full game with a lighter price tag.

A New ‘Superman’ Is Coming from J.J. Abrams and Ta-Nehisi Coates