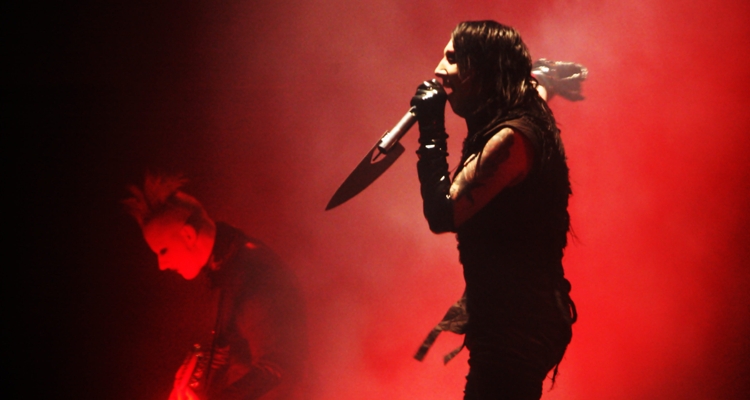 The long-time manager of Marilyn Manson, Tony Ciulla, has dropped the shock rocker from his roster following abuse allegations.

Several women, including Manson’s ex-fiancé Evan Rachel Wood, came forward with physical and sexual abuse stories. Ciulla has managed Manson since 1996, the same year he put out his breakthrough album, Antichrist Superstar. Ciulla has stood by the singer through many controversies, including the backlash after the Columbine High School shooting.

Now the Rolling Stone reports that these most recent abuse allegations were too much for Ciulla. Wood named Manson as her abuser in an Instagram post. She confirmed that Manson was the anonymous abuser she referenced in her testimony to the California Senate. Wood’s testimony helped pass the state’s Phoenix Act, which extends the statute of limitations on domestic violence.

Despite severing ties with Manson as his manager, Tony Ciulla has declined to comment on the situation.

In her post on Instagram, Wood said that the singer, real name Brian Warner, groomed her as a teenager. “He started grooming me when I was a teenager and horrifically abused me for years. I was brainwashed and manipulated into submission and I am done living in fear of retaliation, slander, or blackmail,” she wrote.

“I am here to expose this dangerous man and call out the many industries that have enabled him before he ruins any more lives and I stand with the many victims who will no longer be silent,” Wood finished. After sharing her story, four other women came forward with stories of abuse.

The singer finally issued a statement addressing the allegations earlier this week. “These recent claims about me are horrible distortions of reality,” Manson told his fans. “My intimate relationships have always been entirely consensual with like-minded partners. Regardless of how – and why – others are now choosing to misrepresent that past, that is the truth.”

“I have been vocal over the years about my dislike of Manson as a person and cut ties with him nearly 25 years ago,” Reznor says. “As I said at the time, the passage from Manson’s memoir is a complete fabrication. I was infuriated and offended back when it came out and remain so today.”

Check Out the Raya and the Last Dragon Big Game Spot!

Erika de Casier leans into the drama on her new single