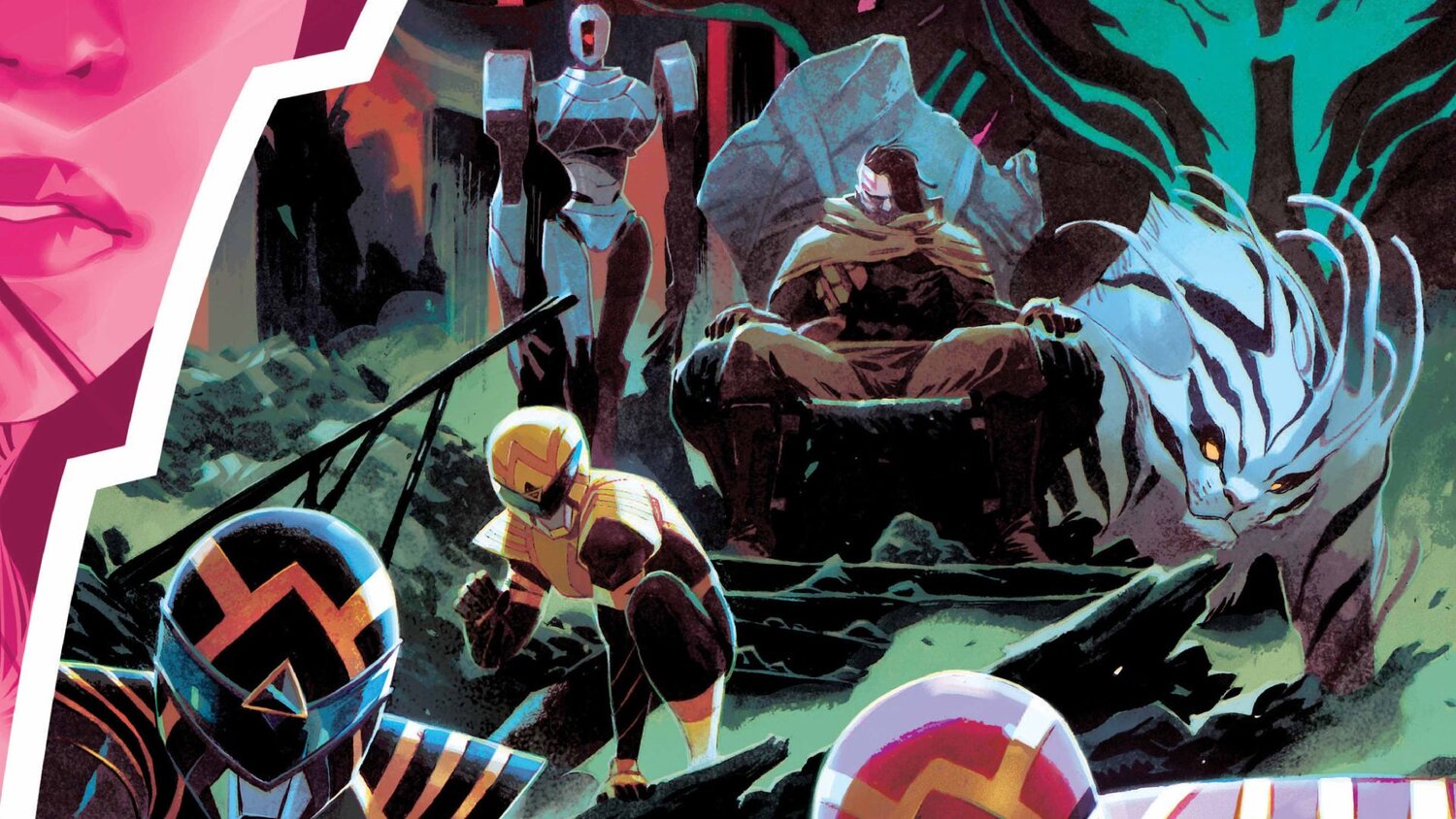 Picking up after the preview, the Omega Rangers and Drakkon are able to evade the energy tiger that serves as Drakkon’s prison guard. While hiding at the Juice Bar, Jason actually finds the Red Emissary. Something that I really appreciated here is that the Red Emissary was phasing between Omega Red and Mighty Morphin Red, the two Rangers that Jason has been. I think it’s very cool and is probably a much bigger statement than I can currently think of.

Zack and Trini then find a place where Drakkon has assembled budget versions of his soldiers and it’s kind of disturbing. Drakkon shows up and destroys a bunch of them and then the energy tiger comes back, but they get out just in time. Xi has all the Rangers and Drakkon back in the ship and they’re able to evade the energy bird that gives chase. Xi is then able to put together the bits of the Red Emissary, but they find a piece is missing. This gives Jason the idea to start using the Emissary’s energy to start hunting the Empyreal. Zack doesn’t like this idea for obvious reasons. One Empyreal truly wrecked them last time. Drakkon then tells them he knows where they can set the ship down for repairs.

We cut over to a punch of hands playing a game of cards. Gambling happens, treachery ensues, and in the end we see what appears to be an insect-like monster and another monster talking about Gorvinos 3. Turns out that a presence that makes the Alliance of Evil nervous wiped it out. The obvious guess here is the Empyreal. This is when we learn that we’re on Onyx. This is the same western-themed saloon that fans are familiar with from Power Rangers In Space and Power Rangers Lost Galaxy. The place is crawling with monsters and Power Rangers aren’t going to be welcome at all. This should be interesting.

Zelda Speedrunner Beats Breath Of The Wild With His Feet

‘The Lord of the Rings’ Cast Reunites For Anniversary Screenings