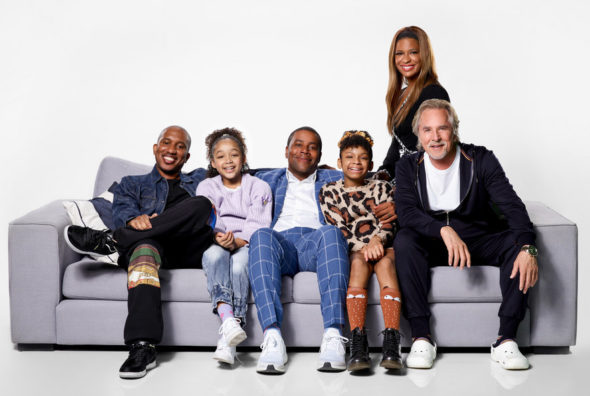 TV show description:
A single-camera comedy, the Kenan TV show follows a widower who balances his role as a father of two young girls with the pressures of his high-profile career. As he tries to move on, his friends and family all have strong opinions on the best way to live his life.

Kenan Williams (Thompson) is trying to reclaim his life following his wife’s death. Kenan’s two daughters are his world – the very intelligent Aubrey (Dani Lane) and the silly and unpredictable Birdie (Dannah Lane). He struggles to parent them as a single dad and host his Atlanta-based talk show.

This leads Kenan to reluctantly accept help from his father-in-law, Rick (Johnson). Rick was a gallivanting sax player when his daughter, Cori (Niccole Thurman), was young and missed out on a lot of her childhood. As a result, he is aiming to make that up with his granddaughters, although his old-school parenting style doesn’t often match up to Kenan’s.

At work, Kenan excels at his job — with the help of his driven executive producer, Mika (Lewis). Mika can be tightly wound, especially when Gary (Redd), Kenan’s brother and not-so-professional manager, tries to insert himself. But, Mika remains a confidante and ally to Kenan. They are able to be vulnerable with one another and connect as friends — and maybe something more.

What do you think? Do you like the Kenan TV show? Do you think it should be cancelled or renewed for another season?

ALWAYS AND FOREVER Stumbles on Its Final Words — GeekTyrant