Highlights from the POWER RANGERS Panel at Renegade Con — GeekTyrant 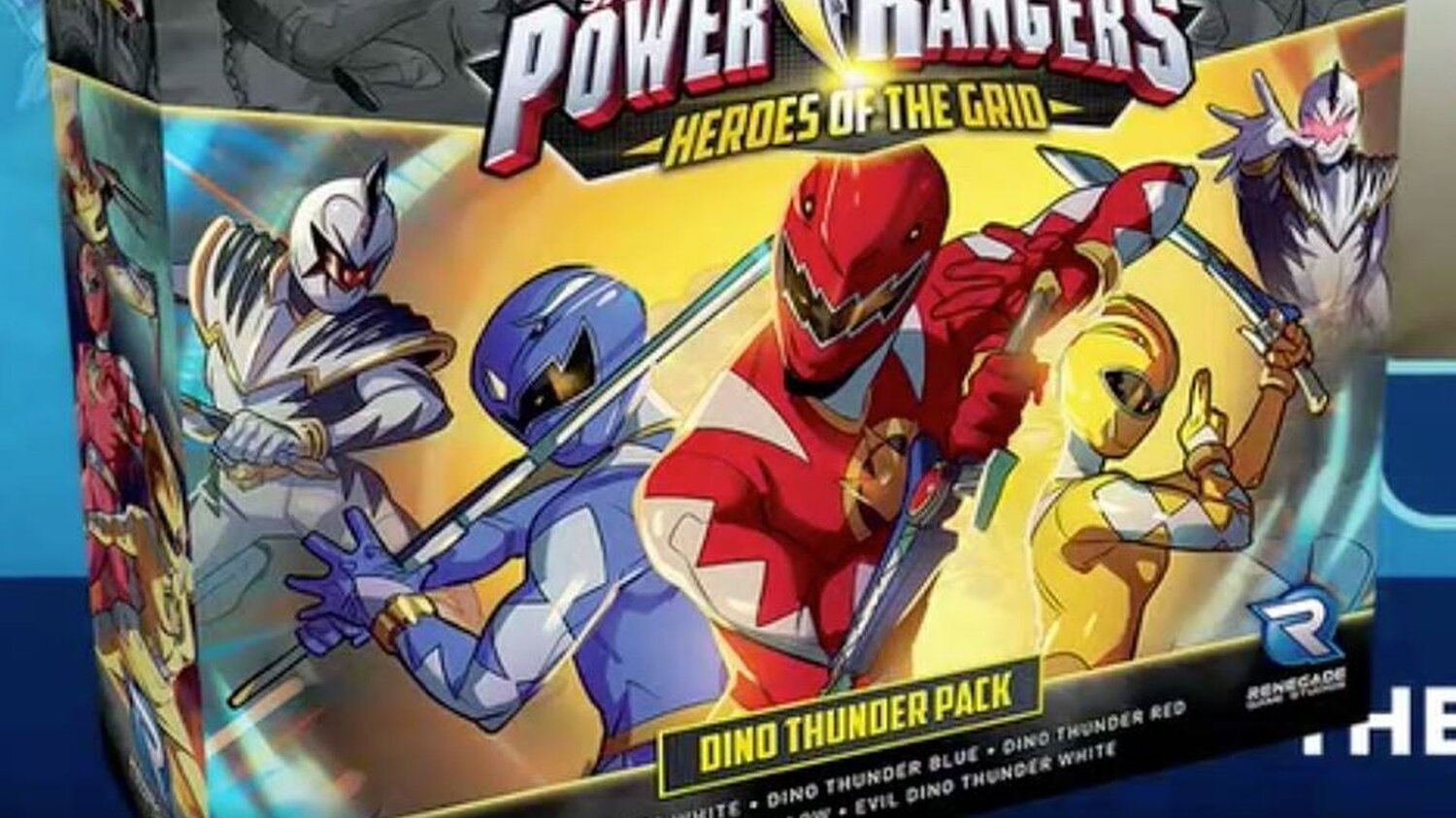 I’m a big fan of Power Rangers: Heroes of the Grid from Renegade Game Studios and Jonathan Ying. Over the weekend, Renegade Con took place, and some new information about the game came out. You can watch the entire Power Rangers panel over on their Twitch channel, but the highlights include some reveals at new Rangers coming to the game through Allies Pack #2 and the next expansion is Power Rangers: Dino Thunder. There was also a little bit of more about the Power Rangers RPG.

The Panel did touch on Forever Rangers, the upcoming expansion that features Rocky, Adam, Aisha, and Kat with their own Character Cards. In addition, the Thunderzords are making their debut for the game with this set. Squatt and Babboo was mentioned, but then Villains Pack #3: Legacy of Evil was dived into a little. Thrax is involved and Ying says that he is going to be one of the hardest villains in the game.

In Dino Thunder, there is a secret gimmick that was only hinted at. We also learned that the Dino Thunder expansion will feature Connor, Kira, Ethan, and then good and evil Trent. One cool thing is that the Dino Thunder Rangers will be able to use their civilian power while morphed and we see the example with Kira’s Ptera Scream card. I’m really excited for this expansion.

Allies Pack #2 is being kept mostly secret. However, we know that it will have In Space Silver which is a fan favorite character who will also finish the In Space lineup. Zhane will let you gain extra energy in battle. It also appears that a purple Ranger is coming in Allies Pack #2. While this is most likely Jungle Fury Purple, it could be Dino Charge Purple or Koragg. I think Koragg is the second most likely guess. The final thing shown was the weapon for Hyperforce Green.

Allies Pack #2 and Dino Thunder will have their pre-orders go live in April. Another big box expansion is in the works and will be set out later this year. The theme is “united” and that’s all we got. Let the speculation commence.

For the Power Rangers RPG, we got a little bit more information. You’ll be able to create your character and you’re going to be able to create your Zord. Creating your Zord will mix stats and be based on your color and team with powers and abilities derived from your role, spectrum of color, and Power Rangers team. I cannot wait! More information should be available in June.

Also, RPGs are being made for G.I. Joe and Transformers in tandem to allow for crossovers if you and your gaming group so desire.