Hu Tao is the spooky 77th director of the Wangsheng Funeral Parlor, presiding over all manner of funeral services in Liyue, and she’s coming to Genshin Impact soon. Hu Tao is a polearm wielder and pyro element, so she’ll likely take over a spot in your crew that’s currently being filled by Diluc or Xiangling. Of course, that’s if you’re lucky enough to get her out of the gacha. Hu Tao has an adorable little ghost companion that syncs up and synergizes with her core mechanics, which seem to hinge around self-injury for massive damage boosts. Don’t worry, Hu Tao can heal herself via regeneration with her skillset as well. Before we dial down into specifics, check out Hu Tao’s teaser trailer below!

To dig a little deeper, Hu Tao  contains a suite of abilities designed to push out big burst damage. Hu Tao can trade HP for massive attack bonus that converts to fire damage, suitable for triggering elemental effects on your enemies and priming them for a combination attack from another character. The more HP you stack on Hu Tao, the bigger the attack bonus when you hit your “Paramita Papilo State” talent. While Hu Tao is in this state, charged attacks activate Blood Blossom, which is a fire damage-over-time effect on opponents that get hit. If you haven’t already figured it out, enemies that have pyro vulnerabilities are going to absolutely crumble under Hu Tao’s powers.

Spirit Soother commands her ghost spirit to do incredible fire damage in a giant area-of-effect, and it also heals Hu Tao. In combat, it looks like Hu Tao will take on some risk by leveraging her HP pool to get a ton of power, go in for hefty fire damage, and then unleash hell with Spirit Soother in order to regain the wagered hit points and annihilate everything on the screen simultaneously. This sounds pretty fun, to be honest. 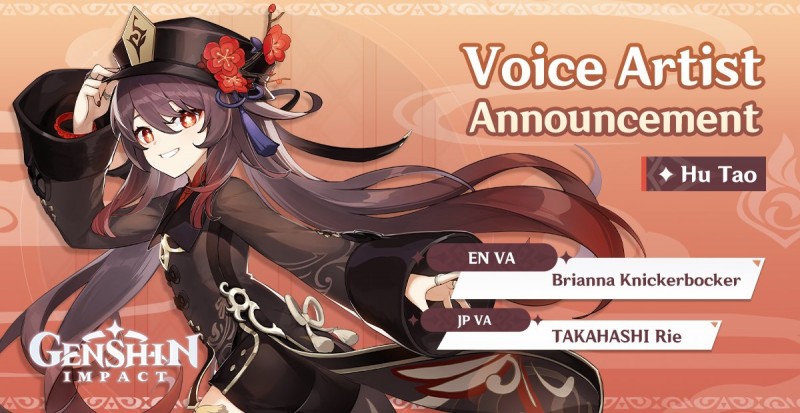 One of the other latest character releases was Xiao, also a polearm weapon user, but in the Anemo (wind) school. Hu Tao somehow appears even cooler than Xiao, but it all depends on what your core party composition looks like and if you have room for a new pyro character. And of course, it will likely depend on whether or not your primogem stash is filled enough to get yourself a Hu Tao whenever her banner drops.

While we don’t have a timeframe for Hu Tao’s release at the moment, it stands to reason that she’ll likely be featured in the next major character banner. It’s a little early to say how good Hu Tao will work in most groups, but I like ghosts and fire so I’ll probably dump a bunch of primogems trying to pick up a copy. Her constellations are probably going to be the make or break decision for me… If she’s a character that can get by on little or no constellation support (acquired by getting multiple copies of a character) then I’ll definitely try to acquire one. If she’s one of the characters that doesn’t excel until they have a lot of constellation points, then I’ll probably exercise some restraint and wait to see who’s coming next. Hopefully a Dendro character!

If you have no idea what Genshin Impact is or what all the fuss is about, I recommend checking out my review here.

Candlekeep Mysteries review: A D&D book that belongs on every Dungeon Master’s…

Nihon Falcom Is Celebrating Its 40th Anniversary With A Special Broadcast