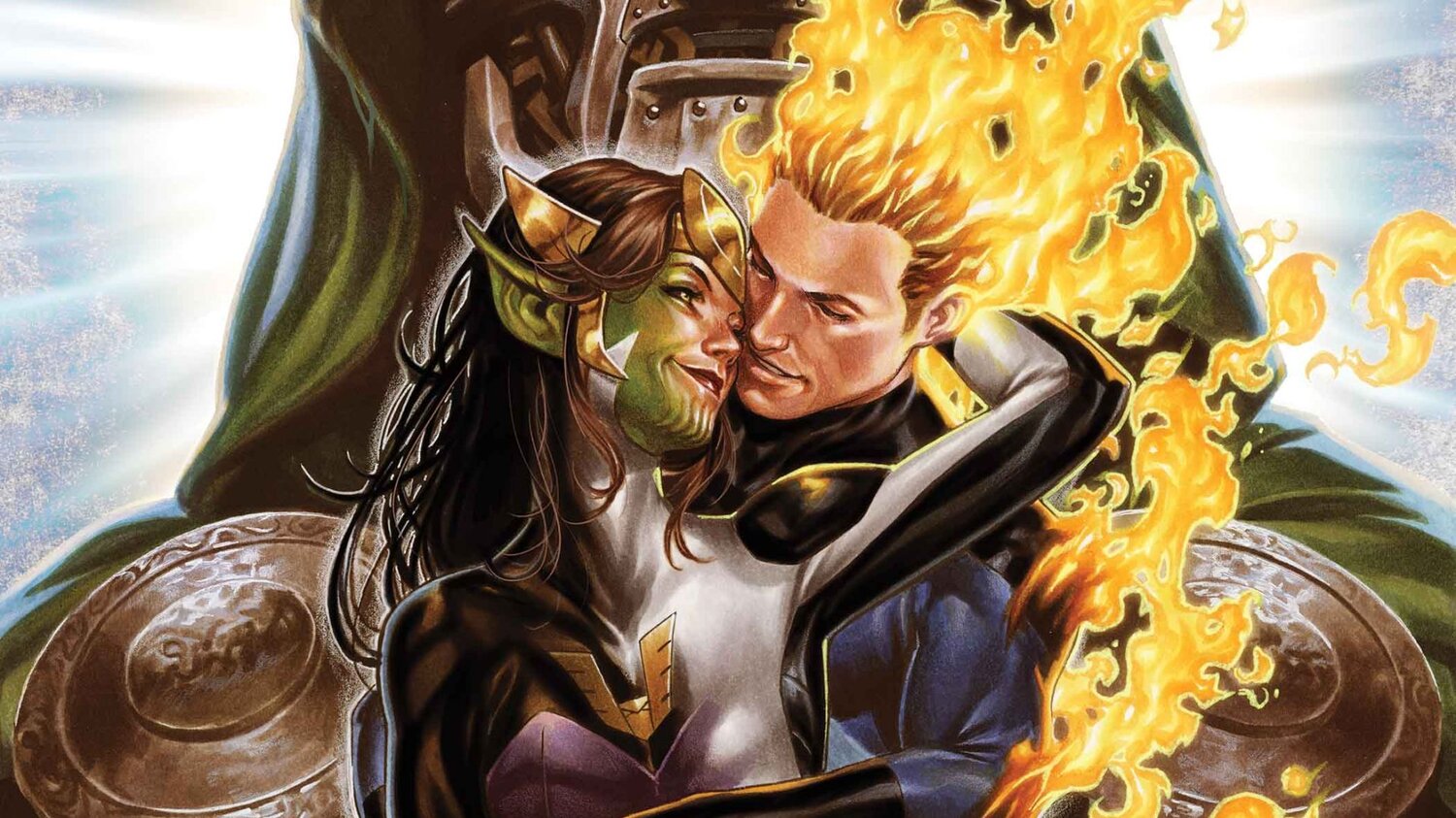 The Fantastic Four are celebrating their 60th anniversary this year at Marvel Comics. To celebrate, a number of things are in store including a new story arc from writer Dan Slott and artist R.B. Silva. The new story features Doctor Doom getting married and is appropriately titled “Bride of Doom.” We don’t know who the lucky bride is, but that’s not going to stop speculation.

This May, you’re invited to the wedding of… Doctor Victor Von Doom! And Marvel’s chief megalomaniac won’t be the only Fantastic Four character whose love life will be changed forever! The Human Torch suddenly must choose between his soulmate and his ex-wife. And because a simple love triangle isn’t enough, has Johnny Storm’s first heartbreak, Crystal, come back to rekindle their flame?! All this plus an ominous decree by Doctor Doom and a second tale in which Reed Richards duels his arch nemesis for the strangest prize imaginable! Don’t miss part one of this epic new “BRIDE OF DOOM” saga: “Betrothal.”

Fans will be able to read the first chapter in “Bride of Doom” in Fantastic Four #32 when it launches on May 12. The main cover art is by Mark Brooks, and I really like it. Who do you think will marry the iconic villain? What’s going to happy to Johnny?

BlizzCon 2021 Announcements and Reveals, From World of Warcraft to Diablo