Facebook BARS is the Latest TikTok Ripoff for Sharing Raps 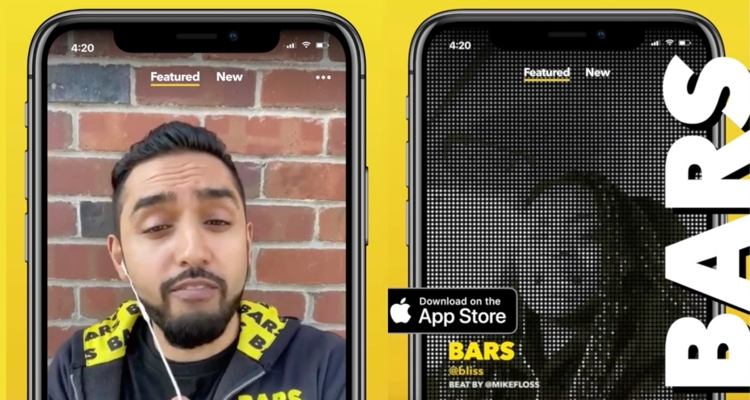 Facebook is launching its next experimental app called BARS, aimed at rappers who want to collaborate.

The app draws much of its inspiration from TikTok, creating an interface for rappers to share their clips. It allows rappers to share and create raps using professionally created beats for their supplied bars. The app was created by Facebook’s internal research and development team, NPE Team.

Facebook previously launched the music video app Collab as a play on TikTok. BARS is aimed at rappers who want to share and create their own videos. The app features hundreds of professionally created and curated beats. Rappers write their own lyrics and record a video using the beat. BARS also automatically suggests rhymes as you’re writing out lyrics. There are filters for different audio, and visual effects and an autotune feature, so you too can rap like T-Pain.

Facebook is hoping wanna-be rappers will flock to the app’s ‘Challenge Mode’ for rap battles.

Videos on BARS can be up to 60 seconds in length and can be saved to your device or shared. Much like Collab, the pandemic played a role in the creation of the app. The shutdown of live music and places where rappers could experiment with one another has been devastating.

NPE Team member DJ Iyler says the app was born from that frustration. “I know access to high-priced recording studios and production equipment can be limited for aspiring rappers. On top of that, the global pandemic shut down live performances where we often create and share our work,” he says.

For now, Facebook BARS is launching in closed beta and is invite-only in the United States.

Facebook is hoping to capitalize on the rapidly growing focus music and spoken audio is having on social media. TikTok trends like dances and pirate shanties are just one of the many ways new musicians are being discovered on the app. Facebook wants that importance to translate to its other TikTok clones.

After launching a successful closed beta of Reels in Brazil, Facebook rolled the feature into Instagram. I wouldn’t be surprised to see these features from BARS being rolled into Instagram, too. The hip-hop scene is intimately familiar with the platform, affectionally dubbing it ‘The Gram’ in many songs.

BARS’ social aspect feels straight lifted from TikTok, too. Instead of hearting videos, you tap on a video to give it fire. You can ‘fire’ a video as many times as you like, but there’s currently no follow button for creators. Instead, that’s hidden away in menus. The BARS beta is live on the iOS App Store in the United States. Users can sign up to a waitlist, and Facebook will issue invites in batches.

5 Lessons Learned from 2021 Golden Globes, From Diversity to Zoom