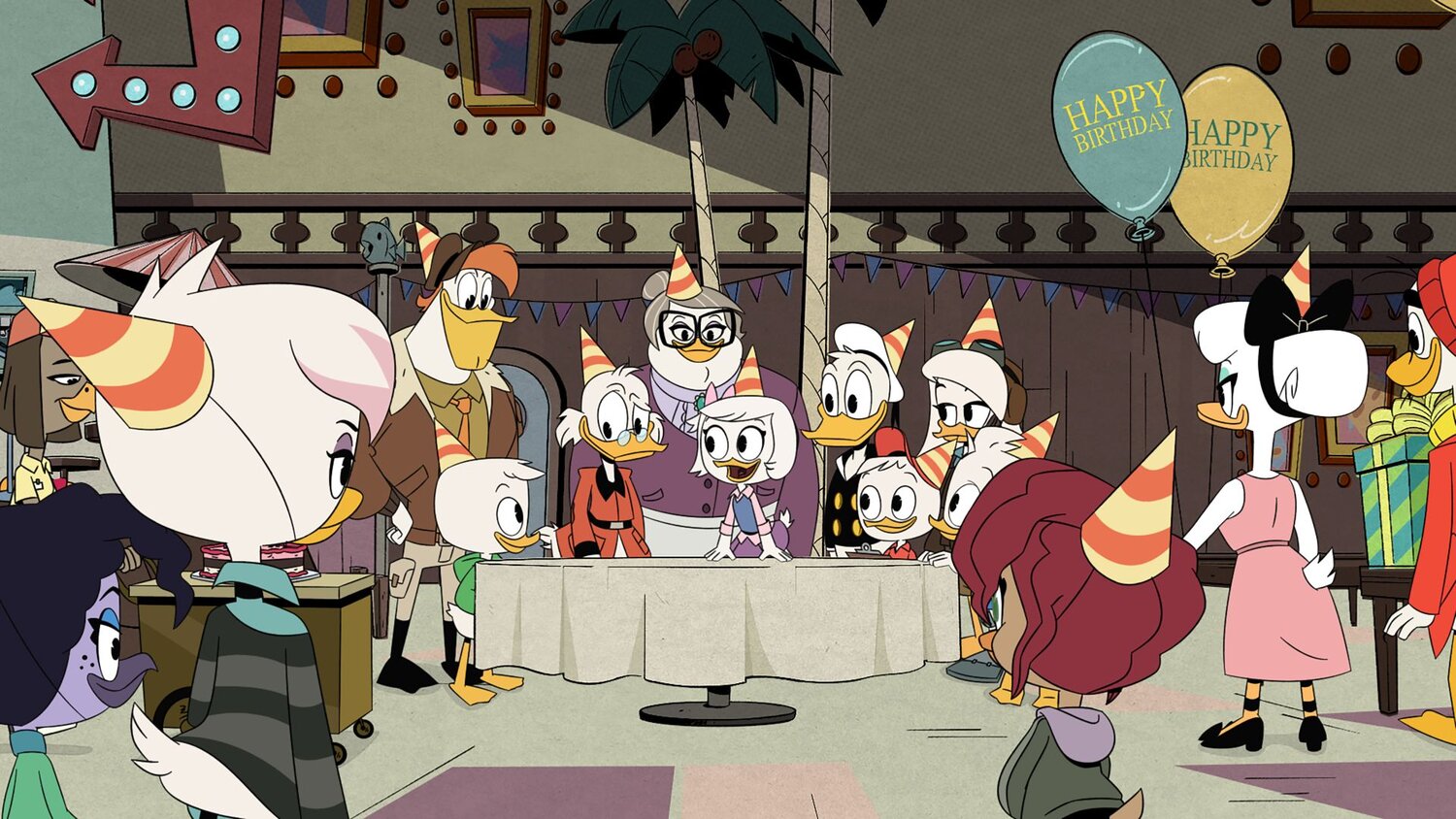 The new DuckTales series on Disney XD and Disney NOW is a lot of fun to watch and the number one ratings driver on the channel. Many fans have greatly enjoyed the new series and the chance to visit Duckburg once again. Sadly, the series is coming to an end on March 15. The series finale will be a special one though. It has recently been revealed that the finale will run for 90 minutes and feature returning guest stars including Lin-Manuel Miranda, Giancarlo Esposito, and Amy Sedaris to name a few.

In addition, the finale will be aired for 24 hours straight, providing several chances for you to catch it. In a joint statement executive producers Matt Youngberg and Francisco Angones said:

It has been an absolute honor to adventure along with the Duck Family for three seasons of derring-do bad and good luck tales. Ever since Carl Barks took a silly squawking duck from a funny animal cartoon and sent him looking for pirate gold, these characters have been part of a constantly evolving legacy of invention and reinvention. We set out to honor all those things that we’ve loved about ‘DuckTales’ since we were kids and introduce new parts of that legacy for families around the globe. Along the way, our stellar crew, unbelievable cast and endlessly supportive fans have become a bit of a family ourselves. And it has been a great joy to solve mysteries and rewrite history alongside them.

New episodes leading up to the finale will begin airing weekly on February 22 and then a week-long DuckTales marathon will begin on March 8 airing every aired episode of the show. In addition, three new “Chibi Tiny Tales” shorts will be rolled out on February 26. To help commemorate the occasion, the cast of the series did meet up via Zoom to do a dramatic reading of the iconic DuckTales theme song. Enjoy!

Talking Point: What Are You Playing This Weekend? (February 20th)