Daft Punk Is Breaking Up After 28 Years Together, Video Confirms 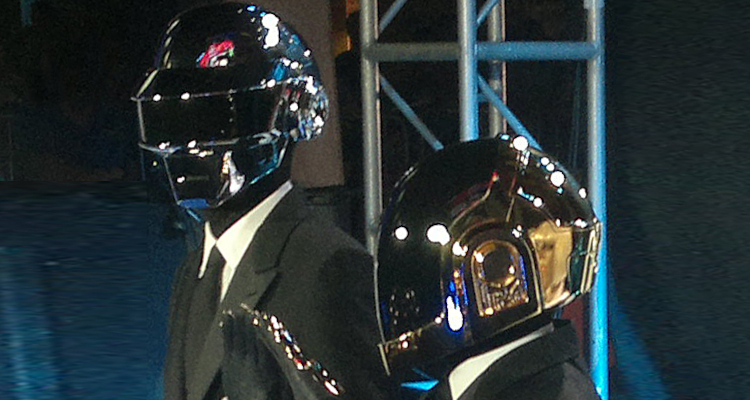 The Paris-based duo, which formed in 1993 and released three of four total studio albums through Virgin, announced the news this morning, in a video entitled “Epilogue.” This eight-minute-long clip opens with the two, wearing Daft Punk jackets and their signature helmets, walking together through an empty landscape, mountains in the distance.

But Bangalter, in a possible allusion to the circumstances surrounding Daft Punk’s breakup, slows his walking pace, causing a sizable gap to separate him from Homem-Christo, before stopping altogether. Homem-Christo, who met Bangalter in school in 1987, then notices said gap and navigates to his musical partner’s position. Finally, following a brief period of mutual reflection, Bangalter removes his Daft Punk jacket, revealing a “self-destruct” switch, which Homem-Christo activates.

Moments later, after the 46-year-old Bangalter separates himself from Homem-Christo and “explodes,” an on-screen image featuring a gold hand and a silver hand as well as text reading “1993-2021” appears. The remaining half of Daft Punk walks towards a sunset as “Touch” plays during the dialog-free video’s final two or so minutes.

Daft Punk’s publicist has also confirmed the split, though the privacy-minded Bangalter and Homem-Christo don’t utilize social media and hadn’t released individual statements (aside from the video, that is) at the time of this piece’s writing. The six-time Grammy-winning act (and 12-time nominee) released its first single, “The New Wave,” in 1994, before dropping a debut studio album, Homework, in 1997.

Outside of Daft Punk, Bangalter has production credits on works from Kanye West and Arcade Fire. Additionally, he’s released four solo albums, the newest of which, Outrage, became available to fans in 2003. Homem-Christo, for his part, has produced for The Weeknd and operates a house record label, Crydamoure, that he founded back in 1997.

“Sad is an understatement, Daft Punk along with Deamau5 were my gateway into edm. Thank you for a perfect discography!” penned one supporter.

“Daft punk breaking up hits hard. I found their music on Cartoon Network when I was like 12 becuz they played the Harder better faster stronger music vid. Fell in love w them saw them live at their first Coachella performance. Thank u for all the music & inspiration,” wrote Dillon Francis.

Nintendo Ignored Zelda’s 35th ﻿Anniversary This Weekend, But Fans Are Celebrating In ﻿Style

Erika de Casier leans into the drama on her new single