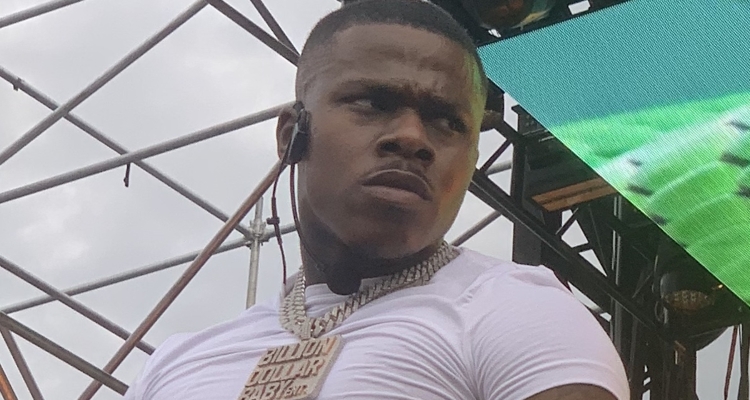 An Airbnb rental owner is suing rapper DaBaby for assault after shutting down an unauthorized music video shoot.

The lawsuit says DaBaby, real name Jonathan Kirk, rented the Runyon Canyon vacation home. One of the rental conditions was that no more than 12 people would be on-site because of COVID-19 restrictions. The home’s owner says DaBaby brought around 40 people to the house to shoot a music video, violating the short-term lease.

Gary Pagar says he went to the property to shut down the unauthorized music shoot. In the lawsuit, Pagar says he was knocked to the ground by an “unknown assailant.” He also alleges that Kirk got out of a car and chased Pagar into the house. The lawsuit says Kirk warned Pagar not to call the police, then sucker-punched him in the mouth. Pagar says he lost a tooth and had a bloody lip after the altercation.

Someone did call the police, and everyone in DaBaby’s crew fled the scene. During the flight, someone stole Pagar’s phone and “valuable kitchenware,” states the lawsuit. The lawsuit also alleges that DaBaby and his crew left behind thousands of dollars in damage and only paid a portion of their rental bill.

DaBaby is now being sued by the Airbnb rental owner for violent assault, theft, and other charges. His manager Kinsza Virgil is also named in the suit.

The lawsuit says Kirk and his crew destroyed security cameras on the property. Pagar believes it was done to conceal the fact that more than 12 people were on the property at the time. Pagar says DaBaby was sitting in a car with Jake Paul when he arrived on the scene. “Lease terms prohibited the property from being used for any commercial purpose,” according to the lawsuit.

This isn’t the first time DaBaby has had run-ins with the law. He’s had marijuana possession charges and, in 2019, received a concealed weapon charge. A judge later determined the weapon was related to self-defense and sentenced DaBaby to a year of probation instead. In January 2020, he was arrested after participating in a robbery in Florida. He also had a standing assault charge related to a confrontation with concert promoters.