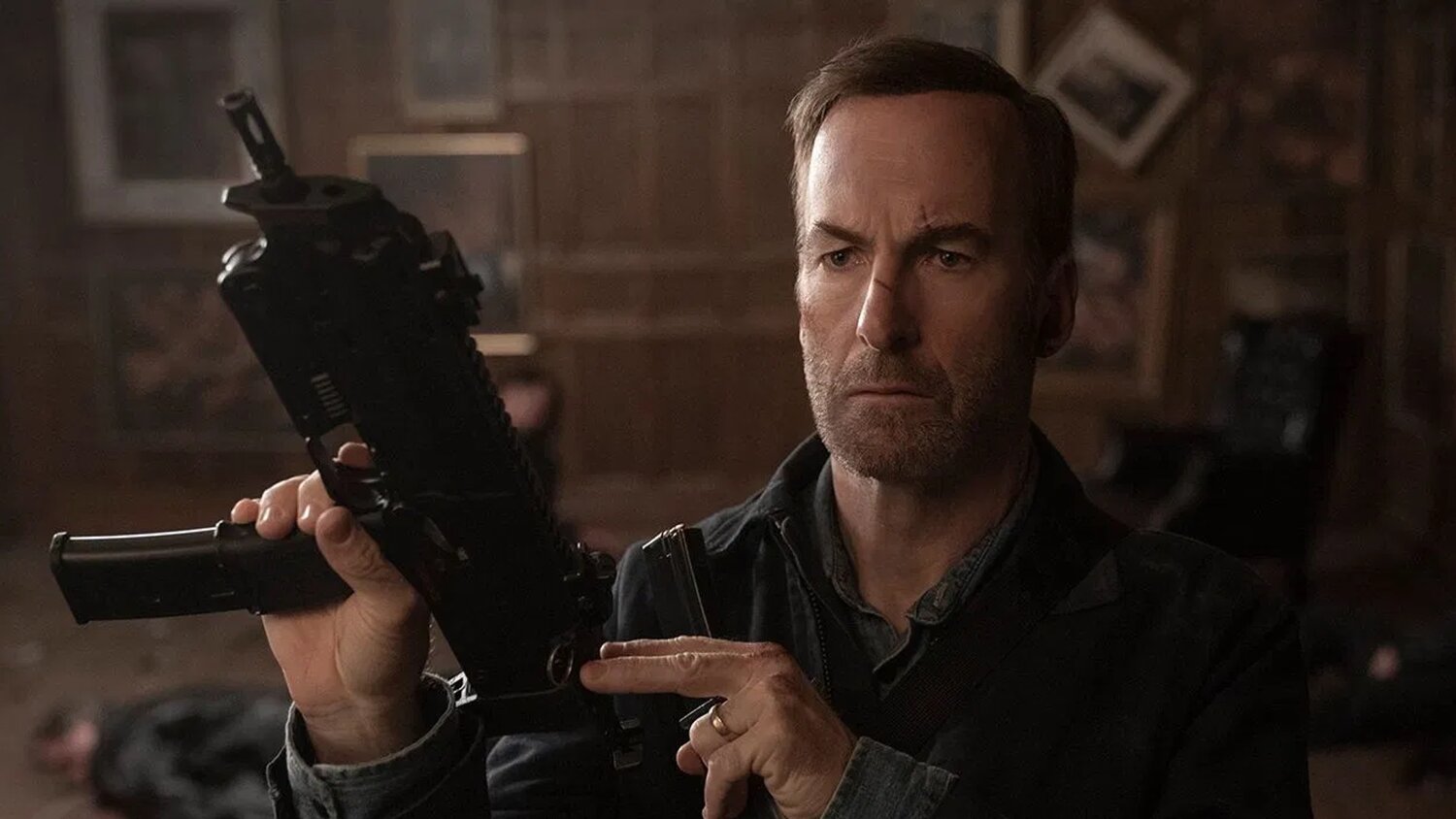 Bob Odenkirk had to get his ass whipped into shape when he signed on to star in the upcoming action film Nobody. He takes on a completely different role than he’s ever had before, and he had to go through a lot of rough training to portray the badass that he plays in the film.

In the charming video below the actor and his trainer, Daniel Bernhardt, take us through and explain the various workouts that they went through to get into tip-top shape. I just love that we have a workout video from Bob Odenkirk.

I the film Nobody, Odenkirk plays a seemingly normal suburban husband and dad who likes to make lasagna from scratch, but he’s also a retired assassin that finds himself back in action.

Nobody was directed by Ilya Naishuller (Hardcore Henry) from a script written by John Wick creator Derek Kolstad. The movie was also produced by John Wick director David Leitch. Here’s the synopsis for the film:

Bob Odenkirk stars as Hutch Mansell, an underestimated and overlooked dad and husband, taking life’s indignities on the chin and never pushing back. A nobody. When two thieves break into his suburban home one night, Hutch declines to defend himself or his family, hoping to prevent serious violence. His teenage son, Blake, is disappointed in him and his wife, Becca, seems to pull only further away.

The aftermath of the incident strikes a match to Hutch’s long-simmering rage, triggering dormant instincts and propelling him on a brutal path that will surface dark secrets and lethal skills. In a barrage of fists, gunfire and squealing tires, Hutch must save his family from a dangerous adversary —and ensure that he will never be underestimated as a nobody again.

Nobody also stars Connie Nielsen (Wonder Woman), Gage Munroe (The Shack), and Russian actor Aleksey Serebryakov (Amazon’s McMafia). It will also feature Christopher Lloyd and RZA, who we get to see in action in this trailer!

Nobody is scheduled to make its debut in theaters on February 26, 2021.

Lord Huron Return With ‘Not Dead Yet’