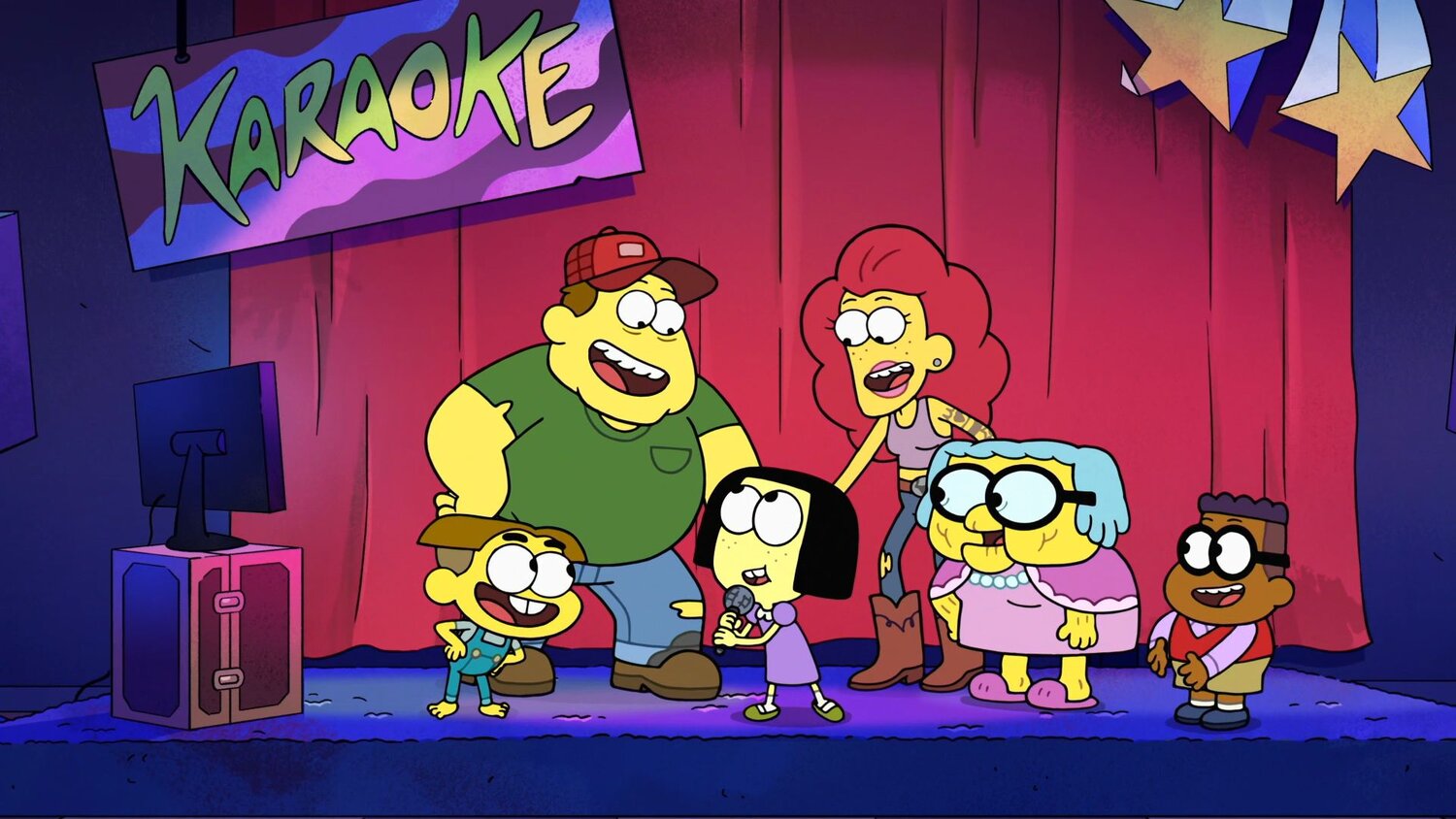 First, a big congratulations to the two of you for getting the green light on the third season of Big City Greens. Where did the idea of a karaoke episode come from and what were your initial reactions when it was pitched to you?

Shane: We had so much fun writing songs for our musical Christmas special, ‘Green Christmas,’ that we wanted to try another song-packed episode. A karaoke joint was the perfect venue to showcase a wild variety of songs and give our characters all a chance to step up to the microphone. The story was conceived by staff writer Rachel McNevin (who also co-wrote all of the song lyrics) with help from staff writer Cason Montgomery and story editor Kenny Byerly.

Chris: Funny enough, ‘Okay Karaoke’ was inspired by our 2019 musical Christmas special. That was the first time we really jumped into the deep end of writing songs for ‘Big City Greens.’ The fans wanted more music and we did too. The idea of a karaoke episode featuring 5 new original songs really excited our whole team.

Were you involved in the process of creating the songs for each of the characters or did you just trust your team?

Chris: Yeah, Shane and I were very involved in the writing and producing of the songs. Like most things on ‘Big City Greens,’ the song writing process is a collaborative effort. Before the episode airs to millions of people, all of us on the crew rely on each other to be ‘fresh eyes and ears’ to what we’re all making. Sometimes, a first pass on something works wonderfully, but more times than not, it can be improved somehow.

Who picked the guest stars Macy Gray and Aaron Barrett? Did you guys have any input? Who else would you have liked to grab for the episode?

Shane: When casting for this episode, we had a couple roles that we knew would be great for guest stars, and we wanted to find some famous voices from the music world to fill them. Macy Gray came to mind to voice Kara Karaoke, the owner of the karaoke joint, because she has such a unique and fun voice that lends itself perfectly to animation. We also had a character named Ska Guy, and we knew we had to get a ska legend to voice that role. Aaron Barrett is the lead singer of Reel Big Fish, our favorite ska band, so he was instantly our top pick. Both Macy and Aaron were game to jump into the world of Big City Greens and even sing during Tilly’s song!

Do you guys do anything music-related in your personal time?

Chris: Oh yeah. Both Shane and I play a lot of different instruments. I mostly play guitar and drums. I’m not an amazing player but in the last couple of years I’ve gotten more serious about writing my own songs. It’s a great way to work through emotions and express myself in a very different way. In fact, I was working a bit with Matt DiPanni of The Mowgli’s right before the pandemic hit. He came over and together we recorded a rough demo. It’s been hard to find the time but I’m excited to record more of my own stuff.

Shane: Growing up, Chris and I spent a lot of time experimenting with various instruments in our garage. The mainstays were always drums and guitars, but we’d dabble in bass, keyboard, mandolin, and there was even an accordion at one point. We’ve always been very fond of jamming and improvising with instruments, but somewhere along the line we foolishly made the decision to go into cartoons instead of becoming rock stars.

What is your go-to karaoke song and/or genre?

What is your favorite song from the upcoming digital soundtrack?

Chris: Tilly’s song. The song is perfect for Tilly, but it’s also just perfect. Also, I had very little to do with that song so I have no problem gushing over it.

Shane: Same! Tilly’s song is the that took the most time getting just right. For reference and inspiration, I sent our composer the ‘Rainbow Connection’ finale number from The Muppet Movie and ‘Make Your Own Kind of Music’ by Mama Cass Elliot. Both are such beautiful, emotional, smile-inducing, optimistic songs that I absolutely love. While Tilly’s song gives me the most feels, I also gotta say I think Chris and Zeno Robinson killed it as Cricket and Remy in their Lonely Island-inspired pop-rap song! It’s so funny and a real bop!

Can you share any of your plans, hopes, and/or dreams for the upcoming third season?

Shane: We’ve had lots planned for the Greens, so we’re excited to be able to continue their wild adventures into a new season.

Chris: We can’t say too much, but let’s just say season three of ‘Big City Greens’ will be the BIGGEST season yet!

What is an episode of Big City Greens that has really resonated with you for any reason?

Chris: I’m happy to say there’s something in every episode that resonates with me. That’s actually really important to me and Shane when we listen to new pitches for episodes. Every episode needs to have a little kernel of truth to it. For instance, I love the episode Time Crisis because I think it captures a sense of anxiety and fear of the future that a lot of kids can relate to.

Shane: Definitely! If a story doesn’t resonate with us on a personal level, we don’t make it!